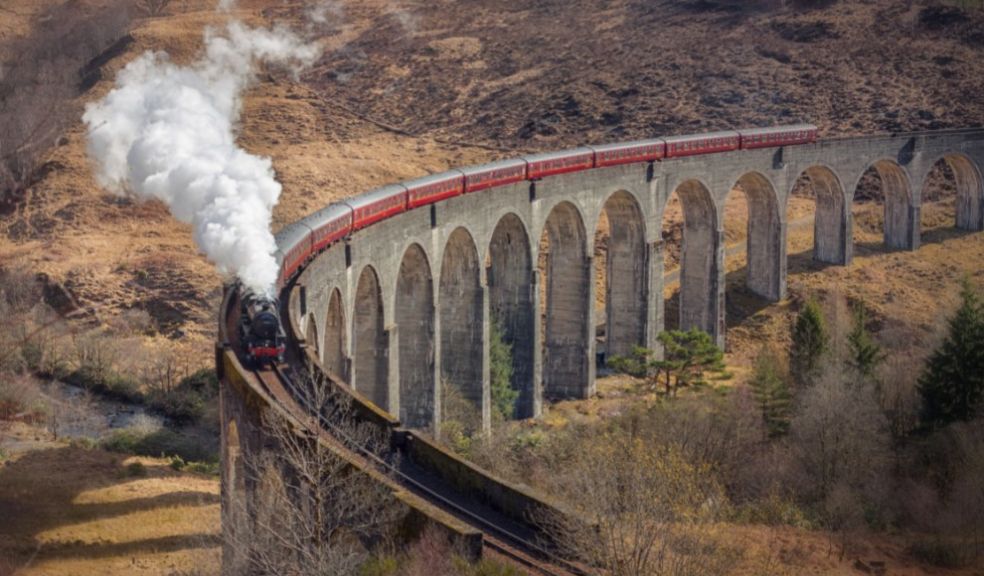 The Best Views in Scotland: 7 Places To Holiday

Now that the sun is shining and further travel restrictions are being removed from Scotland, now is the time to pack up and go on an adventure. Zeal CBD has looked at  the most popular Scottish views based on Instagram hashtags, and they are not to be missed!

Perched on top of Castle Rock overlooking the city, Edinburgh castle truly is a sight to behold. Towering over the bustling streets below, you can see the castle from many parts of the city, up close or from afar — but the view from The Vennel is a real hidden gem. If you’re looking to take it all in from a different angle, the top of the steps of the Vennel is a great place to see the caste in all its glory and take a quick photo for your socials.

How to get there - If you’re interested in seeing this breathtaking view for yourself, you can get there easily. Head over to the west side of Edinburgh’s famous Grassmarket and climb the steps up the Vennel, located opposite King's Stables Road. When you reach the top, turn around, and voila! One of the best views of Edinburgh Castle you can get, along with a great Instagram snap.

Ayr beach, located on the western coastline of Ayrshire in South West Scotland is one of the best beaches in the country and has even won an award for its stunning location. If it’s a beautiful coastline you’re after, this is the place for you. You can stand back on Ayr’s soft, sandy beach and take advantage of the views of the Isle of Arran rising from the water on a clear, crisp day. Be sure to look out for Ailsa Craig, a volcanic plug that is uninhabited apart from the 72,000 pairs of gannets that have made the rock their home!

How to get there  - Ayr beach is easily accessible, signposted, with transport links galore. All you have to do to take in this stunning view is to stroll along the sandy shores and see it for yourself — unless a boat trip is more your style?

The Forth Bridge is one of Scotland’s most recognisable sights and one that you can’t help to be impressed by. This working rail bridge stands proud for 2.5km between the towns of North and South Queensferry, made possible by some incredible engineering that will leave you feeling awe-inspired. The Forth Bridge is a UNESCO World Heritage Site and was voted Scotland’s greatest man-made wonder in 2016. It is something that should not be missed by visitors.

How to get there - If you’re looking to get the best views of this impressive piece of engineering, head to the Albert Hotel in North Queensferry. Just outside the hotel, you will find one of the best viewpoints, from Main Street, looking past Battery Road. Perfect to take a few snaps!

Most of us will recognise this sight as soon as we see it. Twenty-one curved arches built into the Scottish landscape since 1901, this piece of engineering is popular on social media — an unmissable piece of Scottish architecture and was featured in the Harry Potter films. There are many viewpoints that you can head to if you’re looking to catch a glimpse with the stunning backdrop of Loch Shiel, like the Glenfinnan Viaduct Trail, especially if you’re hoping to catch a glimpse of the train passing over the bridge!

How to get there - If you’ve got your heart set on seeing the historical viaduct with the breathtaking backdrop of Loch Shiel, when travelling by car, simply follow the A830 to the Glenfinnan Viaduct car park. There are also connections via bus and train from Fort William.

This natural formation really is something to behold. Located just offshore at Portknockie on the north-eastern coast of Scotland, this extraordinary natural feature can be viewed from the low cliffs just next to the village. The formation is a spectacular sight, imitating the shape of the tip of a fiddle’s bow — if you’re looking for the perfect photo op, visiting during May and August means you may be lucky enough to catch the rare occurrence and stunning sight of the sun rising through the arch of the rock.

Situated at the southern tip of Shetland, Sumburgh Head Lighthouse is an iconic Scottish landmark, constructed in 1821, it is the oldest lighthouse on Shetland and can be seen perfectly perched on the cliffs of Sumburgh Head — 91 meters above sea level. Visiting this shining beacon atop the perilous cliffs means you can marvel at the colonies of sea birds it attracts as an RSPB nature reserve — expect plenty of gannets and puffins!

How to get there - Shetland can be reached easily if you’re hoping to take in the magnificent coastline of Sumburgh Head — you can fly from Edinburgh, Glasgow, or Aberdeen to Sumburgh or catch the ferry from Aberdeen or Orkney to Lerwick. If you’re driving, cars can reach halfway up, the rest of the way has to be on foot! The paths are steep but safe. 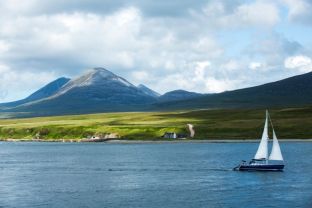 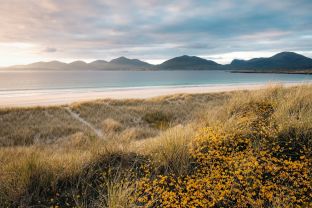